This line resembles elements of the Theosophy movement which was popular in the last few decades of the nineteenth century and the early part of the twentieth. The Theosophists wrote about a kind of cosmic memory which included the memories of all sentient beings, making a sort of universal library of the soul's experiences. 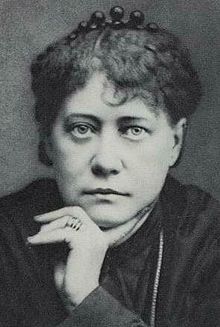 In 1875 Helena Blavatsky, Henry Steel Olcott, and William Quan Judge co-founded The Theosophical Society. Blavatsky combined Eastern religious traditions with Western esoteric teachings to create a synthesis which she called the Perennial Religion. She developed this in in Isis Unveiled (1877) and The Secret Doctrine (1888), her major works and most complete exposition of her Theosophy.

The three fundamental propositions expounded in The Secret Doctrine are:

That there is an omnipresent, eternal, boundless, and immutable reality of which spirit and matter are complementary aspects.
That there is a universal law of periodicity or evolution through cyclic change.
That all souls are identical with the universal oversoul which is itself an aspect of the unknown reality.

Helena Blavatsky taught that Theosophy is neither revelation nor speculation. She stated that Theosophy was an attempt at a gradual, faithful reintroduction of a hitherto hidden science called the occult science in Theosophical literature. According to Blavatsky, occult science provides a description of reality not only at a physical level but also on a metaphysical one.